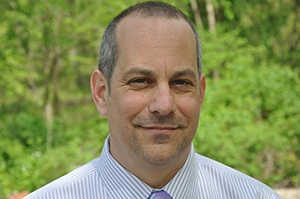 RGB Spectrum is pleased to announce that Jason Tirado has joined the company as Vice President of International Sales. In this role he will be responsible for managing RGB Spectrum’s international sales, overseeing expansion into global markets and developing key relationships with strategic partners.

Jason brings nearly twenty years of experience in sales management. He comes to us from Crestron, where he served first as Director of International Sales (2006 – 2012), and most recently as an Executive Director (2012-2013). Prior to that, he held the position of Director of Residential Sales at AMX (2002-2006). During his tenure there he also served as the AMX representative to the CEDIA Manufacturer’s Council and received the AMX President’s Award (2004).

“We are thrilled to welcome Jason to the team” said Bob Marcus, CEO of RGB Spectrum. “His wealth of knowledge and professional credentials will prove invaluable as we expand our international sales. With his track record of growing sales and leading sales organizations, Jason will help strengthen our global position.”

“I am very excited about joining RGB Spectrum,” remarked Mr. Tirado. “I have known the management team at RGB Spectrum for many years and I have kept my eye on them since 1994, when I sold RGB Spectrum products as a manufacturer’s representative at Alexander Marketing Group. I believe the company is uniquely poised to grow quickly given the complexity of today’s control room systems. People know RGB Spectrum for delivering high end, quality engineered products and I am very happy to be joining such a dynamic organization.”

As VP of International Sales, Mr. Tirado will oversee the operations of RGB Spectrum’s sales organizations in Europe, Russia, the Middle East, South America, China, Asia Pacific, and Africa. Mr. Tirado replaces Denis Carle, who will be transitioning into the position of Vice President of Strategic Partnerships, with a specific focus on expanding RGB Spectrum’s market share in the oil and gas industry.

RGB Spectrum provides innovative solutions for the display, recording, and transmission of computer and video signals. Since its founding in 1987, RGB Spectrum has established itself as a leading designer and manufacturer of cutting-edge video/graphics processors and decision support systems. Company offerings include multiviewers, video wall processors, matrix switchers, codecs, recorders, and integrated solutions for control room management. RGB Spectrum's products are preferred by major global organizations in industrial, security, medical, educational, commercial and military markets. RGB Spectrum is a privately held company based in Alameda, California. For more information about our products, please call 510-814-7000 or visit us online at http://www.rgb.com